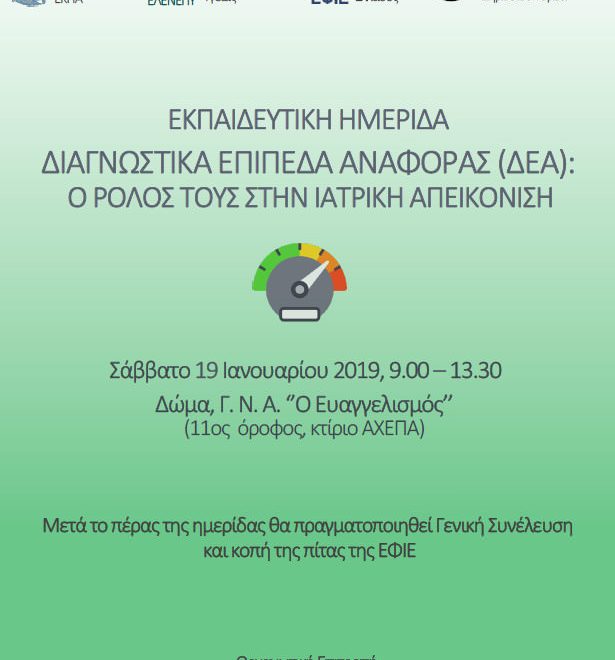 The Hellenic Society of Nanotechnology in Health Sciences (HSnanoHS) in partnership with the 2nd Department of Radiology, the Hellenic Association of Medical Physics (HAMP) and the Hellenic Association of Medical Physicists of Public Hospitals was successfully organized the meeting entitled ‘’Diagnostic Reference Levels (DRLs): Their role in Medical Imaging’’. The meeting was held on 19th January 2019 at Evangelismos General Hospital in Athens. In the light of new guidelines and the implementation of the Council Directive 2013/59 Euratom, DRLs are considered an up-to-date and interesting topic in the field of medical imaging.

President of the Hellenic Society of Nanotechnology in Health Sciences

National and Kapodistrian University of Athens The Vice President of the Hellenic Society of Nanotechnology in Health Sciences, Prof. Costas N. Demetzos, was awarded by the Academy of Athens

The Vice President of the Hellenic Society of Nanotechnology in Health Sciences, Prof. Costas N. Demetzos, was awarded by the Academy of Athens

The rationale behind the award was announced by the General Secretary of the Academy, Academician Vasilios Petratos and reads as follows:

The Academy of Athens Award is awarded to the Professor of Pharmaceutical Technology & Nano-Technology of the National & Kapodistrian University of Athens, Costas N. Demetzos, for his scientific work ‘Pharmaceutical Nanotechnology. Fundamentals and Practical Applications’. The honored work has the virtue of being new and prototype and provides for multidisciplinary approaches as to the design and development of innovative nanosystems for the delivery of drugs and therapeutic biomolecules for the treatment of diseases.

Professor Costas N. Demetzos is a graduate of the Department of Pharmacy (1983). He received his Ph.D degree from  the National and Kapodistrian University of Athens in 1990. His research interest is on Pharmaceutical Nanotechnology, in drug delivery nano-systems, Physical Pharmacy, Pharmaceutical Compounding and Regulatory Aspects in nanotechnology. He has published more than 240 research papers, two monographs, co-authored one book and edited three books. He has also received multiple awards for presentations during scientific National and International congresses. His research is focused on drug delivery nanosytems based on nanotechnological platforms which are composed of lipids and polymers. The innovative nature of his research has led to awards of international and national patents. He participates as a member of Organizing Committees and as president of International and European scientific Conferences. He was also an elected member of the ExCo of EUFEPS (Network Coordinator) (2014-2016). He acts as a member of  the editorial board of scientific journals.

National and Kapodistrian University of Athens announces the launch of a new Postgraduate Studies Program (PSP) for the academic year 2018-2019, which leads to the award of a Master’s degree in “Nanomedicine”. For more information on the course and on the application procedure, please see here.

The Hellenic Society of Nanotechnology in Health Sciences is proud to announce that our General Secretary, Prof. Spyridon Kintzios has been elected Rector of the Agricultural University of Athens. We wish him a prosperous tenure! 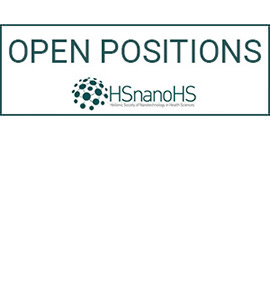 Two new positions have been announced for post-graduate students that want to carry out their thesis in the (ΙΙΒΕΑΑ) Biomedical Research Foundation, Academy of Athens. For more information on the jobs’ description and candidate requirements please see the 2 announcements here: